Isn't it funny that you don't get to choose your nickname? Its always awkward when you tell someone, "My name's Chris, but everybody calls me Duckie."... which is usually followed by silence, and then they call you whatever THEY want to call you. It's fine. That's how it works. You don't get to pick your nickname. (By the way, don't ever call me Duckie. That was only in high school which was a very, very long time ago.)

Now, if you're in a motorcycle club, everybody has to have a road name. Stumpy, Sleazy, Dopey, Sticky. You just do... apparently. Here's a handy chart to determine what you're most likely to be called by the gods of speed. It's based on "What's Your Blues Name?" which coincidentally speaks the same language. Call me a liar. 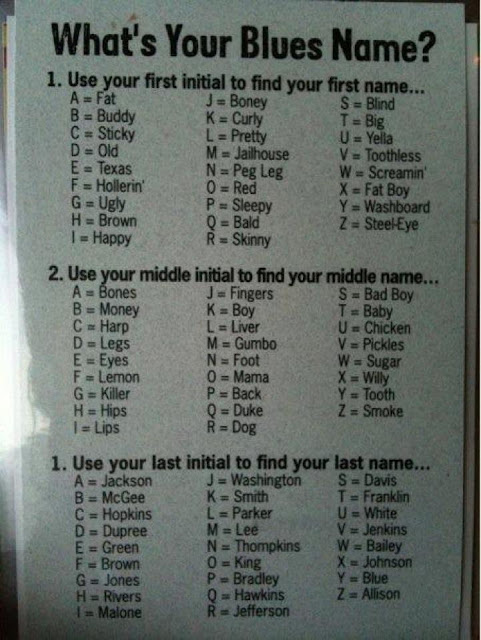 You didn't think I'd leave you hanging with that bit of nonsense, did you? Here's a custom Triumph bobber that actually is pretty in pink. And a real live girl actually rides it. The girl is photographer Angela Riggs of Pedro, Ohio, USA. More photos here. 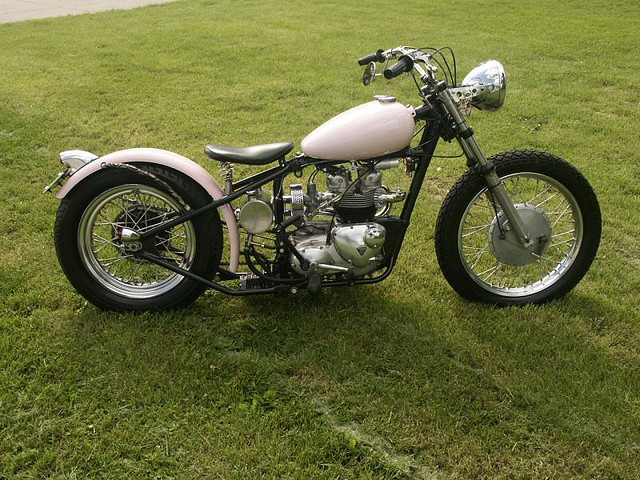 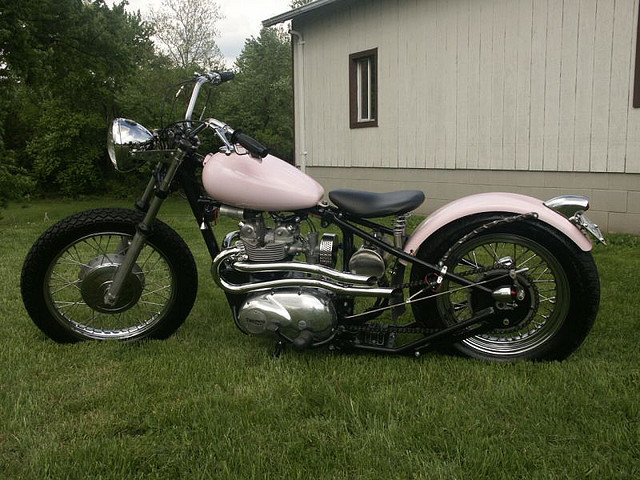 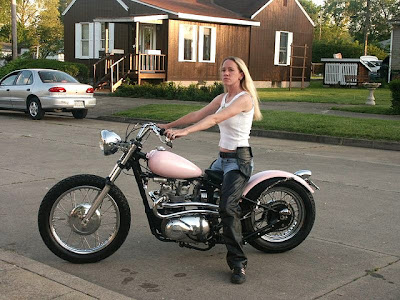 Posted by HerMajestysThunder.com at 6:37 AM